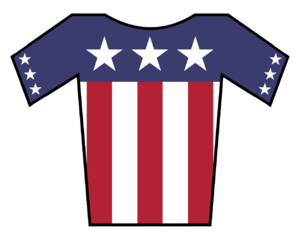 Jacquelyn Crowell (February 16, 1988 – April 25, 2018) was an American racing cyclist.She was a graduate from the University of Florida with a degree in Mechanical Engineering.

She was diagnosed with a glioblastoma in October 2013 after a hemorrhage caused temporary paralysis on her right side.She underwent surgery, chemotherapy, and radiation under the supervision of doctors at the Preston Robert Tisch Brain Tumor Center at Duke University.

In a speech given in May 2014, she discussed her mindset and prognosis.In the last years of her life, Crowell worked part-time at the Dick Lane Velodrome, where she taught bicycle racing to younger riders.

American racing cyclist
Back
This content was extracted from Wikipedia and is licensed under the Creative Commons Attribution-ShareAlike 3.0 Unported License