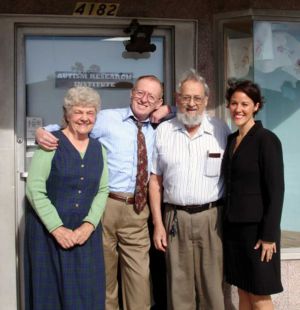 Bernard Rimland (November 15, 1928 – November 21, 2006) was an American research psychologist, writer, lecturer, and influential person in the field of developmental disorders.

Rimland's first book, Infantile Autism, sparked by the birth of a son who had autism, was instrumental in changing attitudes toward the disorder.

Rimland founded and directed two advocacy groups: the Autism Society of America (ASA) and the Autism Research Institute.He promoted several since disproven theories about the causes and treatment of autism, including vaccine denial, facilitated communication, chelation therapy, and false claims of a link between and autism.

He also supported the ethically controversial practice of using aversives on autistic children.