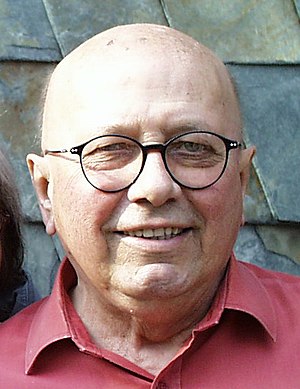 They married in 1963 and worked together until Libenský's death on February 24, 2002.Libenský painted and sketched the designs, and Brychtová made clay sculptures from his designs.

Since Libenský's death, Brychtová has continued to produce castings.Their work is characterised by simple block shapes infused with subtle colours and nuances.

Czech artist
Back
This content was extracted from Wikipedia and is licensed under the Creative Commons Attribution-ShareAlike 3.0 Unported License