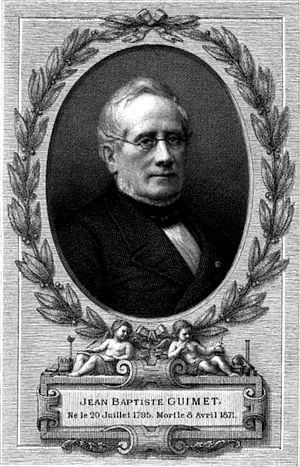 In 1828 he was awarded the prize offered by the Société d’encouragement pour l’industrie nationale for a process of making artificial ultramarine with all the properties of the substance prepared from lapis lazuli; and six years later he resigned his official position in order to devote himself to the commercial production of that material, a factory for which he established at Fleurieu-sur-Saône.

His son Émile Étienne Guimet succeeded him in the direction of the factory.