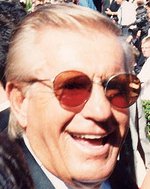 While his infrequent starring roles were typically in poorly received sitcoms (My Mother the Car, one of the shows where he was the lead actor, is considered one of the worst sitcoms of all time), he enjoyed a long and successful career as a character actor in supporting and guest roles.