James Robert Hughes (March 21, 1923 – August 13, 2001) was an American professional baseball player.The right-handed pitcher appeared in all or part of six seasons (1952–1957) in Major League Baseball with the Brooklyn Dodgers, Chicago Cubs and Chicago White Sox and worked in 172 games, all but one as a relief pitcher.

His baseball career began in 1946, after he had served in the United States Marine Corps in the Pacific theatre of World War II.

Hughes was 29 years old when he made his MLB debut with six late-season appearances for Brooklyn in 1952.In 1953, he led the Dodger staff with nine saves, two more than Brooklyn relief ace Clem Labine, and in appearances (48).

Then came his banner 1954 season, when he also posted an 8–4 won–lost mark in addition to his league-leading 24 saves.

His performance tailed off after the 1954 season; he spent part of 1955 in the minor leagues and concluded his MLB tenure with both Chicago teams, working in 29 games for them over the 1956 and 1957 seasons.

In Game 1, facing the New York Yankees, he relieved embattled starting pitcher Carl Erskine in the second inning with the Bombers already leading 4–0.

Hughes kept the Dodgers in the game over the next four innings, allowing only one run on a home run to Yogi Berra and striking out three.

He departed for a pinch hitter, George Shuba, who clubbed a two-run homer to bring Brooklyn within a run of the Yankees, at 5–4.

In the next inning, they tied the score at five.But the Yankees rallied for four late-inning runs and won the game, 9–5.

It was Hughes' only World Series appearance.Hughes' professional baseball career ended in 1958.He died in Chicago at the age of 78. 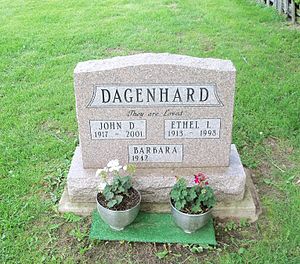