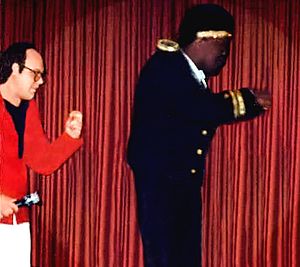 His singing style is as a belter.Jackson best known for the song "But It's Alright", which he co-wrote with Pierre Tubbs.

Jackson, on Calla Records, stated that he weighed 285 pounds.