He is known for both his work with Flower Travellin' Band and as a solo musician; singing at a vocal range of three octaves.

As an actor, he appeared in many television shows and movies, such as Takashi Miike's Deadly Outlaw: Rekka and the 1989 version of Zatoichi.

He is also recognized for 20 years of charity and volunteer work with the Japan International Cooperation Agency and flew around the world helping those in poor or war-torn conditions; visiting more than 30 countries including Afghanistan, Myanmar, Bosnia, numerous sovereign states in Africa, China, Ukraine (including Chernobyl), North Korea, Vietnam, Iraq, and Brazil.

While doing aid work in Jamaica, he met local musicians and later became involved in reggae music.His aid work was a personal inspiration to help those who were growing up in similar conditions that he had experienced as a child. 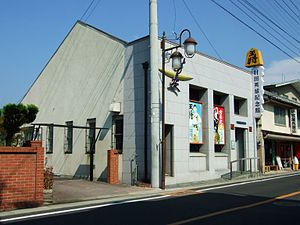 Japanese singer
Back
This content was extracted from Wikipedia and is licensed under the Creative Commons Attribution-ShareAlike 3.0 Unported License