He is one of the most famous nineteenth-century painters in Sweden, and one of the painters most often associated with Swedish national romanticism.

During the summer of 1850, he traveled throughout Lapland in the northern parts of Sweden.The scenery in this area became the inspiration for many of Höckert's upcoming paintings.

After moving to Paris in 1851, Höckert made his first painting that gained attention from a larger audience, Drottning Kristina och Monaldeschi (English: Queen Christina and Monaldeschi).

It was awarded with a mention honorable at the Paris Salon in 1853.Höckert rose to fame two years later, in 1855, with Gudstjänst i Lövmokks fjällkapell (English: Worship service in Lövmokk's fell chapel).

It was put on display at the 1855 World's Fair in Paris and was later bought by Napoleon III of France.

At this time, Höckert became recognized as one of Sweden's foremost figure painters.Höckert's success continued and he made several popular paintings during the subsequent years.

He was hired as a professor at the Royal Swedish Academy of Arts in 1864.At this time, Höckert was working on the painting Slottsbranden i Stockholm den 7 maj 1697 (English: Castle fire in Stockholm on 7 Maj 1697), which was displayed at the 1866 Scandinavian art fair in Stockholm.

It is today regarded as one of Sweden's foremost paintings.Höckert died soon thereafter, on 16 September 1866, after several years of health issues. 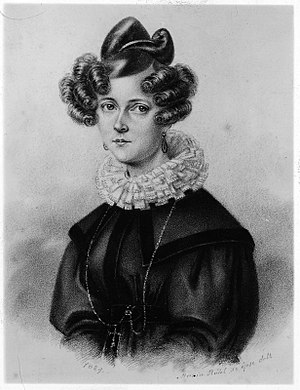 Swedish artist
Back
This content was extracted from Wikipedia and is licensed under the Creative Commons Attribution-ShareAlike 3.0 Unported License