Johan Henrik Deuntzer (20 May 1845 – 16 November 1918) was a Danish professor and politician who served as a member of the Liberal Venstre party until 1905 where he joined the Danish Social Liberal Party.

He was Council President and Foreign Minister of Denmark from 1901 to 1905 as the leader of the Cabinet of Deuntzer. 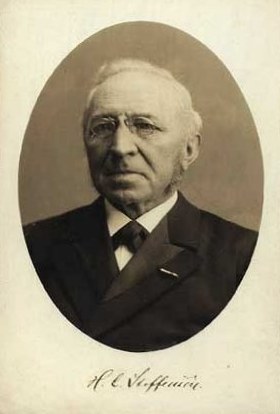 Danish politician
Back
This content was extracted from Wikipedia and is licensed under the Creative Commons Attribution-ShareAlike 3.0 Unported License