Johan Wilhelm (Jukka) Rangell (25 October 1894 – 12 March 1982) was the Prime Minister of Finland from 1941 to 1943.Educated as a lawyer, he was a close acquaintance of President Risto Ryti before the war, and made his initial career as a banker in the Bank of Finland.

He played a role in the efforts at a 1940 Summer Olympics in Helsinki after the International Olympic Committee (IOC) retracted the original choice of Tokyo.

After the resignation of President Kyösti Kallio during the Interim Peace, Risto Ryti was elected by the Electoral College as the new president of Finland on December 19, 1940, and Rangell rose to the position of Prime Minister.

Due to his connections to the IOC following the Berlin Olympics, Rangell's political orientation was seen as pro-German.Rangell's cabinet's belligerent actions in the Continuation War enjoyed the support of the Parliament.

He defended the occupation of East Karelia and the regaining of the areas ceded in the Peace of Moscow.During Reichsführer-SS Heinrich Himmler's state visit to Finland in August 1942, Rangell silenced Himmler's questions concerning the Jewish minority of Finland by famously stating: "Wir haben keine Judenfrage" ("We do not have a Jewish question").

He served as the Governor of the Bank of Finland from 1943 to 1944.In the war-responsibility trials, Rangell was convicted for 6 years of prison in February 1946 for alleged crimes against peace.

He was pardoned in 1949.After his release, Rangell did not return to politics, but continued to work for the Finnish Olympic Committee and the IOC until 1967.

He also belonged to the board of Kansallis-Osake-Pankki bank. 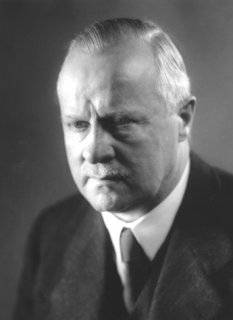 Prime Minister of Finland
Back
This content was extracted from Wikipedia and is licensed under the Creative Commons Attribution-ShareAlike 3.0 Unported License