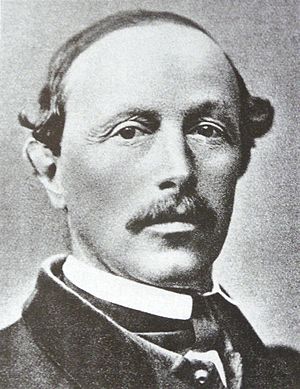 Johann Wilhelm Fortunat Coaz (31 May 1822 – 18 August 1918) was a Swiss forester, topographer and mountaineer from Graubünden.In 1850 he made the first ascent of Piz Bernina, the highest mountain in the Eastern Alps.

He also gave Piz Bernina its name, after the eponymous pass.