Johann Dieter Wassmann (1841–1898) is a fictitious artist and sewerage engineer, purportedly from Leipzig, Saxony, in east-central Germany.He is the creation of the American-born artist and writer Jeff Wassmann.

As a result of the widespread dissemination of his work, Johann Dieter Wassmann is sometimes mistakenly cited as a lesser-known figure among late-19th-century European artists; he is most often identified as an early purveyor of the Dada and Surrealist movements and has become closely associated with several notable artists of the first half of the 20th century, including Kurt Schwitters, Marcel Duchamp, Eugène Atget and Joseph Cornell. 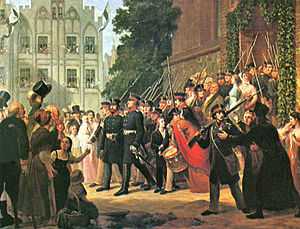