Johann Friedrich Dieffenbach (1 February 1792 – 11 November 1847) was a German surgeon.He was born in Königsberg and died in Berlin.

His endeavours comprehended subcutaneous operations such as tenotomy, the surgical division of a tendon.Before the discovery of blood typing and blood matching, Dr.

In 1839, Dieffenbach performed the first successful myotomy for the treatment of strabismus on a seven-year-old boy with esotropia.Originally, the student J.F.

Dieffenbach studied theology at the universities at Rostock and Greifswald.From 1813 to 1815, he volunteered as a soldier in the Befreiungskriege (Napoleonic Wars) as a Jäger.

From 1816 to 1820 he studied medicine at the University of Königsberg, then relocated to Bonn as an assistant to Philipp Franz von Walther.

Following visits to Paris and Montpellier, he received his doctorate at the University of Würzburg in 1822.Afterwards, he settled in Berlin, where he focused his attention on plastic and reconstructive surgery.

In 1824, he married Johanna Motherby.In 1832, he became an associate professor at the university of Berlin, and in 1840 became director of the Clinical Institute for Surgery at Charité Hospital.

After his death in 1847, Bernhard von Langenbeck (1810–1887) replaced Dieffenbach as director of surgery. 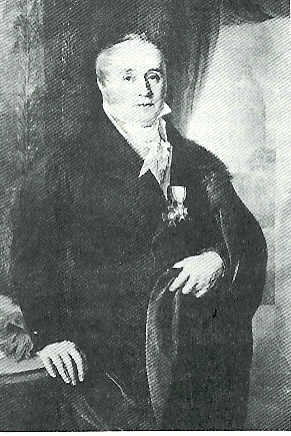 
German surgeon
Back
This content was extracted from Wikipedia and is licensed under the Creative Commons Attribution-ShareAlike 3.0 Unported License