Johann Friedrich Karl von Ostein (6 July 1689 – 4 June 1763) was the Prince-Bishop of Worms, Archbishop of Mainz and Elector of Mainz.

He was a relative of Lothar Franz von Schönborn, a prior Archbishop-Elector of Mainz.On 22 April 1743 he was selected as a compromise candidate for Archbishop.

His rule was overshadowed by the War of the Austrian Succession, Seven Years' War and subsequent peace treaty.Having supported the losing side in the Seven Years' War, the cost of reparations bankrupted Mainz.

A new mansion, Osteiner Hof was built along the Diethmarkt, now Schillerplatz, as his principal residence.The town experienced at Osteins time big changes.

The electoral palace was largely completed in 1752.In addition, the new buildings of St.Peter's and the Jesuit church were built, as well as the Bassenheimer Hof on Diethmarkt.

Johann Friedrich Karl died on 4 June 1763 and was buried in Mainz Cathedral. 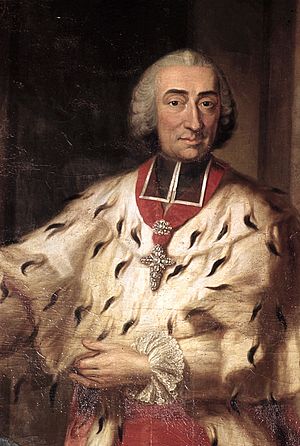 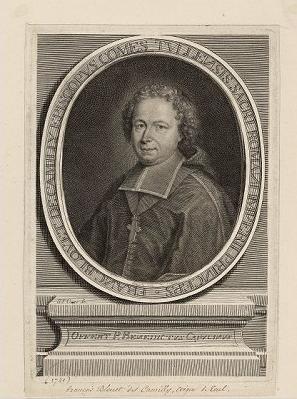 Roman Catholic Archbishop
Back
This content was extracted from Wikipedia and is licensed under the Creative Commons Attribution-ShareAlike 3.0 Unported License