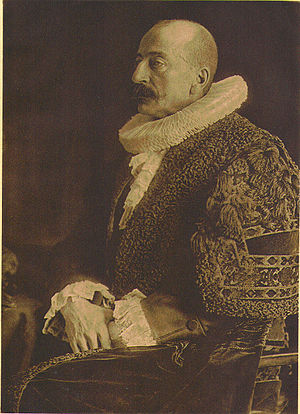 His father was a merchant in Bremen, who in 1853 became a partner of the Berenberg Bank (Joh.Berenberg, Gossler & Co.) owned by his wife's family.

The family then relocated to Hamburg, where, after taking part in the Franco-Prussian War as a volunteer, he completed his abitur at the Gelehrtenschule des Johanneums before studying law at the Universities of Leipzig, Heidelberg and Göttingen.

As a typical Hanseat, he rejected noble titles and any form of awards.A portrait of Burchard by Max Liebermann is displayed at Hamburg's representation (embassy) in Berlin. German politician
Back
This content was extracted from Wikipedia and is licensed under the Creative Commons Attribution-ShareAlike 3.0 Unported License