From 1847 he studied medicine at the University of Giessen, where he worked after hours in the laboratory of Justus von Liebig (1803–1873).

In 1853 he moved to London, where he worked for the remainder of his career.Thudichum was a pioneer of British biochemistry, and a founder of "brain chemistry".

He is credited with conducting chemical analyses of over one thousand human and animal brains.In his research, he isolated and characterized numerous compounds of the brain, such as cephalin, sphingomyelin, galactose, lactic acid and sphingosine.

In 1884 he explained his findings in a publication titled "A Treatise on the Chemical Constitution of the Brain", a book that was widely criticized and rejected at the time by many in the scientific community.

After his death, Thudichum's discoveries were realized to be important scientific contributions to the study of the chemical and molecular composition of the brain.

Thudichum was the author of numerous works, including books on non-medical topics such as viticulture and cookery.He also devised a specialized nasal speculum that is still in use by physicians today.

Since 1974 the "Thudichum Medal Lecture" is awarded in England for outstanding achievements in the field of neurochemistry, and at Yale University, the "Thudichum Post–Doctoral Research Fellowship in Neuro-oncology" was founded within the fields of cell biology, neurochemistry and adult stem cell research to support the study of brain tumors.

A collection of his papers are held at the National Library of Medicine in Bethesda, Maryland. 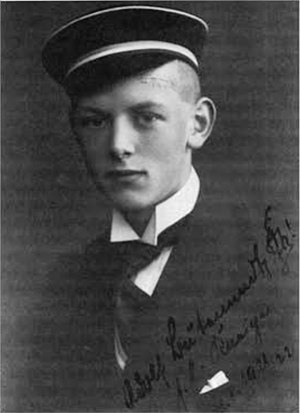 German biochemist
Back
This content was extracted from Wikipedia and is licensed under the Creative Commons Attribution-ShareAlike 3.0 Unported License