Johann Lukas von Hildebrandt (14 November 1668 – 16 November 1745) was an Austrian baroque architect and military engineer who designed stately buildings and churches and whose work had a profound influence on the architecture of the Habsburg Empire in the eighteenth century.

After studying in Rome under Carlo Fontana, he constructed fortresses for Prince Eugene of Savoy during his Italian campaigns, becoming his favorite architect.

In 1700 he became court engineer in Vienna, and in 1711 was named head of the court department of building.He became court architect in 1723.

His designs for palaces, estates, gardens, churches, chapels, and villas were widely imitated, and his architectural principles spread throughout central and southeast Europe.

Among his more important works are Palais Schwarzenberg, St.Peter's Church, and Belvedere in Vienna, Savoy Castle in Ráckeve, Schönborn Palace in Göllersdorf, and Schloss Hof. 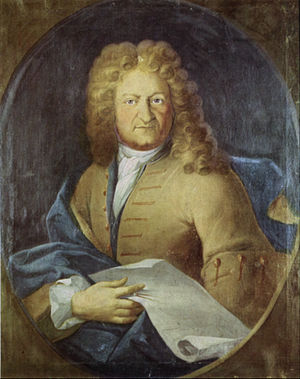 Austrian architect
Back
This content was extracted from Wikipedia and is licensed under the Creative Commons Attribution-ShareAlike 3.0 Unported License