Johann Nepomuk Czermak (17 June 1828 – 16 September 1873) was an Austrian-German physiologist who was a native of Prague.He studied in Prague, Vienna, Breslau and Würzburg.

At Breslau he was greatly influenced by the work of physiologist Jan Evangelista Purkyně (1787–1869).He became a professor at Graz in 1855, and proceeded to work at several European universities, including Krakow (1856/57) and Leipzig (from 1869).

Just prior to his death in 1873, he founded a physiological institute in Leipzig called the "Spectatorium".Czermak was a member of the Austrian Academy of Sciences. 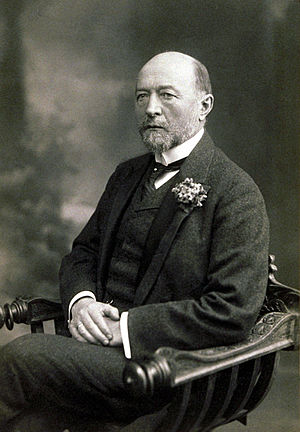 German physiologist
Back
This content was extracted from Wikipedia and is licensed under the Creative Commons Attribution-ShareAlike 3.0 Unported License