During the early 1870s he travelled to England, where he learned techniques of pelvic surgery under Thomas Spencer Wells (1818–1897).

From 1860 until 1890 Nussbaum was a professor of surgery at the University of Munich.During the Franco-Prussian War he served as a medical consultant for Bavarian troops.

Nussbaum is remembered for the development of innovative surgical operations, and the introduction of Lister's antiseptic practices into surgery at Munich.

Prior to antisepsis at Munich, there was an extremely high rate of death due to operative infection.Nussbaum's popular book on antiseptic treatment of wounds, Leitfaden zur antiseptischen Wundbehandlung, was later translated into several languages.

He also published significant works on eye surgery, ovariotomy and bone transplantation.A device designed for use with writer's cramp, "Nussbaum's bracelet", is named after him.

He is buried in the Alter Südfriedhof in Munich, Germany. 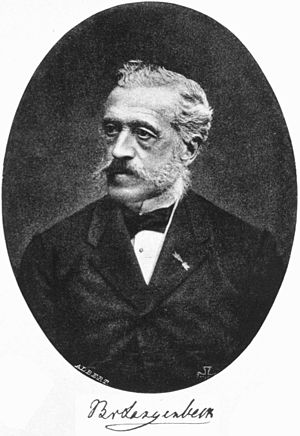