Generalleutnant).Rattenhuber was the head of German dictator Adolf Hitler's personal Reichssicherheitsdienst (Reich Security Service;RSD) bodyguard from 1933 to 1945.In January 1942, Rattenhuber's RSD units participated in the mass shooting of 227 Jews at Strizhavka.

After the war, he was released from Soviet prison on 10 October 1955 and allowed to go to West Germany.He died in Munich in 1957. 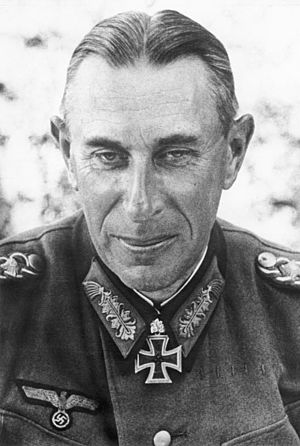