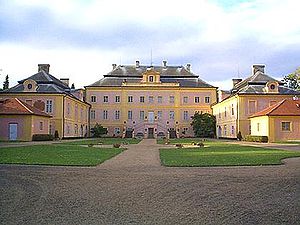 Austrian civil servant and theater director.He descended from the old Bohemian noble family Czernin von und zu Chudenitz.He was the son of Count Prokop Adalbert Czernin, who offered Mozart in 1776 a one year's rent, provided he would write some compositions for the Count's orchestra.

His sister was Countess Antonie Lützow.His mother was the sister of Archbishop Colloredo, thus the Count was a nephew of the Salzburg Archbishop.