Carl Auer von Welsbach (1 September 1858 – 4 August 1929), who received the Austrian noble title of Freiherr Auer von Welsbach in 1901, was an Austrian scientist and inventor, who separated didymium into the elements neodymium and praseodymium in 1885.

He was also one of three scientists to independently discover the element lutetium (which he named cassiopeium), separating it from ytterbium in 1907, setting off the longest priority dispute in the history of chemistry.

He had a talent not only for making scientific advances, but also for turning them into commercially successful products.His work on rare-earth elements led to the development of the ferrocerium "flints" used in modern lighters, the gas mantle that brought light to the streets of Europe in the late 19th century, and the metal-filament light bulb.

He took the phrase plus lucis, meaning "more light", as his motto. 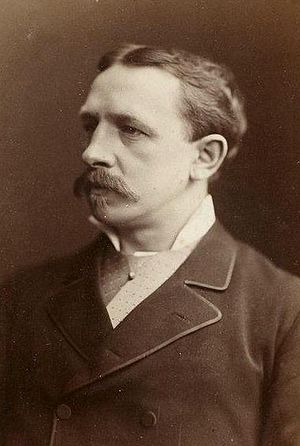 Austrian scientist
Back
This content was extracted from Wikipedia and is licensed under the Creative Commons Attribution-ShareAlike 3.0 Unported License