Schober was appointed Vienna Chief of Police in 1918 and became the founding president of Interpol in 1923, holding both positions until his death.

He served as the chancellor of Austria from June 1921 to May 1922 and again from September 1929 to September 1930.He also served ten stints as an acting minister, variously leading the ministries of education, finance, commerce, foreign affairs, justice, and the interior, sometimes just for a few days or weeks at a time.

Although Schober was elected to the National Council as the leader of a loose coalition of Greater German People's Party and Landbund near the end of his career, he never formally joined any political party.

Schober remained the only chancellor in Austrian history with no official ideological affiliation until 2019, when Brigitte Bierlein was appointed, becoming the first woman to take office. 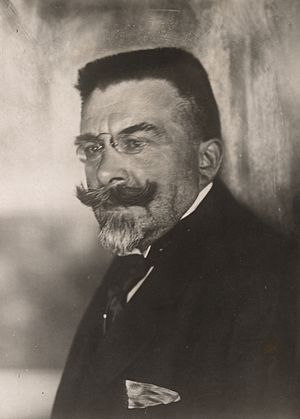 Austrian politician
Back
This content was extracted from Wikipedia and is licensed under the Creative Commons Attribution-ShareAlike 3.0 Unported License