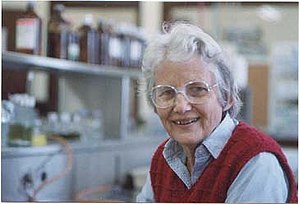 She received her degree from the Ludwig Maximilian University of Munich, but settled in Brazil and became a Brazilian citizen in 1956.

Her early work includes studies of Azospirillum and other bacteria that could be useful to Brazilian soil.She later played an important role in Brazil's soybean production by encouraging a reliance on varieties that solely depended on biological nitrogen fixation.