Johannes Buxtorf (Latin: Johannes Buxtorfius) (December 25, 1564 – September 13, 1629) was a celebrated Hebraist, member of a family of Orientalists; professor of Hebrew for thirty-nine years at Basel and was known by the title, "Master of the Rabbis". 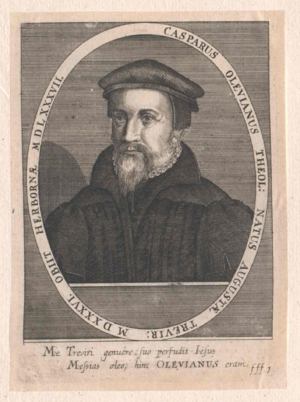 Calvinist theologian
Back
This content was extracted from Wikipedia and is licensed under the Creative Commons Attribution-ShareAlike 3.0 Unported License