Johannes Rebmann (January 16, 1820 – October 4, 1876) was a German missionary, linguist, and explorer credited with feats including being the first European, along with his colleague Johann Ludwig Krapf, to enter Africa from the Indian Ocean coast.

In addition, he was the first European to find Kilimanjaro.News of Rebmann's discovery was published in the Church Missionary Intelligencer in May 1849, but disregarded as mere fantasy for the next twelve years.

The Geographical Society of London held that snow could not possibly occur let alone persist in such latitudes and considered the report to be the hallucination of a malaria-stricken missionary.

It was only in 1861 that researchers began their efforts to measure Kilimanjaro.Expeditions to Tanzania between 1861 and 1865, led by the German Baron Karl Klaus von der Decken, confirmed Rebmann’s report.

Together with his colleague Johann Ludwig Krapf they were also the first Europeans to visit and report Mount Kenya.Their work there is also thought to have had effects on future African expeditions by Europeans, including the exploits of Sir Richard Burton, John Hanning Speke, and David Livingstone.

After losing most of his eyesight and entering into a brief marriage, he died of pneumonia. 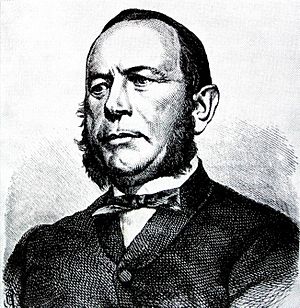 
African explorer
Back
This content was extracted from Wikipedia and is licensed under the Creative Commons Attribution-ShareAlike 3.0 Unported License