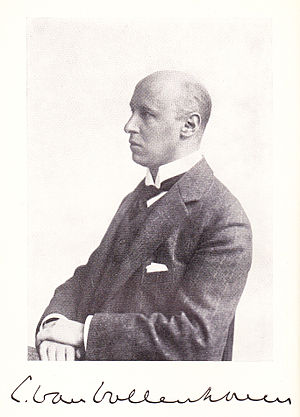 Cornelis van Vollenhoven (8 May 1874, Dordrecht – 29 April 1933, Leiden) was a Dutch law professor and legal scholar, best known for his work on the legal systems of the East Indies.

After finishing his studies, Van Vollenhoven became the private secretary of J.Th.Cremer, a colonial captain of industry and minister of Colonial Affairs.

In 1901 Van Vollenhoven became professor of the Adat Law of the Dutch East Indies at Leiden University.As legal scholar he had enormous influence on his students and colleagues.

Several of his students would go on to become prominent scholars in the field of Adat law, including Frederik David Holleman, whose doctorate was supervised by Van Vollenhoven.

The University of Amsterdam granted him an honorary doctorate in 1932.Most of his life, Van Vollenhoven focused on the traditional legal system of Indonesia, the Adat.

He campaigned for its preservation and dispelled myths of its being quackery and inefficient.He wrote numerous pamphlets on the subject, including "The Adat-law of the Netherlands-Indies” (Het adatrecht van Nederlandsch-Indië), which documented the adat traditions of 19 different regions, plus the adat traditions of the Foreign Orientals (vreemde oosterlingen, i.e.

Arabs, Chinese, Indians, and the like).Most remarkably, all of his work was done in Leiden, as Van Vollenhoven visited the East Indies only twice—once in 1907 and again in 1923.

During his life, he was adat's greatest champion, and is still revered by many of the older generations in Indonesia. “The Man for Adat Law”, as he was called, died in Leiden in 1933.

The Van Vollenhoven Institute for Law, Governance and Society, part of the Leiden Law School, is named after Cornelis van Vollenhoven. 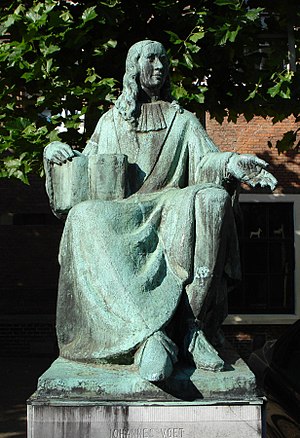 Dutch legal scholar
Back
This content was extracted from Wikipedia and is licensed under the Creative Commons Attribution-ShareAlike 3.0 Unported License