John Leopold Denman FRIBA (15 November 1882 – 5 June 1975) was an architect from the English seaside resort of Brighton, now part of the city of Brighton and Hove.

He had a prolific career in the area during the 20th century, both on his own and as part of the Denman & Son firm in partnership with his son John Bluet Denman.

Described as "the master of ... mid-century Neo-Georgian", Denman was responsible for a range of commercial, civic and religious buildings in Brighton, and pubs and hotels there and elsewhere on the south coast of England on behalf of Brighton's Kemp Town Brewery.

He used other architectural styles as well, and was responsible for at least one mansion, several smaller houses, various buildings in cemeteries and crematoria, and alterations to many churches.

His work on church restorations has been praised, and he has been called "the leading church architect of his time in Sussex"; he also wrote a book on the ecclesiastical architecture of the county.

Denman often worked with sculptor Joseph Cribb, whose carved reliefs (including one depicting Denman himself) adorn several of his buildings.

As a long-serving member of the Brighton School of Art—where he was head of the Architecture department—he also influenced the careers of former pupils who were later associated with the large group of artists who lived and worked in nearby Ditchling, where Cribb was based.

English Heritage has awarded some of Denman's works listed status in view of their architectural importance: among them are an elaborate Byzantine Revival mausoleum, an "elegant" Neo-Georgian office building and a pair of ceremonial stone pylons on the city boundary. 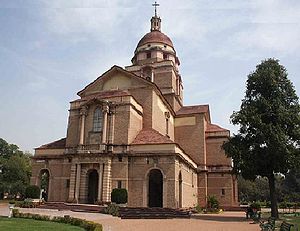 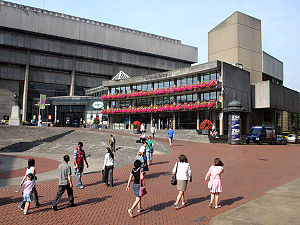