Johannes Michel or John Michael Rysbrack, original name Jan Michiel Rijsbrack, often referred to simply as Michael Rysbrack (24 June 1694 – 8 January 1770), was an 18th-century Flemish sculptor, who spent most of his career in England where he was one of the foremost sculptors of monuments, architectural decorations and portraits in the first half of the 18th century.

His style combined the Flemish Baroque with Classical influences.He operated an important workshop whose output left an important imprint on the practice of sculpture in England. 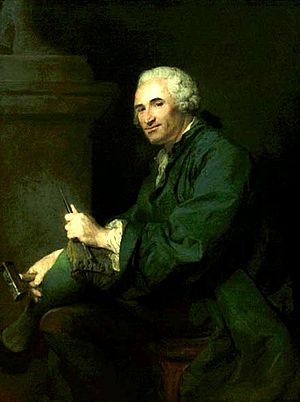 Sculptor
Back
This content was extracted from Wikipedia and is licensed under the Creative Commons Attribution-ShareAlike 3.0 Unported License