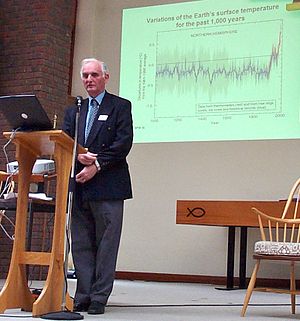 Sir John Theodore Houghton (30 December 1931 – 15 April 2020) was a Welsh atmospheric physicist who was the co-chair of the Intergovernmental Panel on Climate Change's (IPCC) scientific assessment working group which shared the Nobel Peace Prize in 2007 with Al Gore.

He was the lead editor of first three IPCC reports.He was professor in atmospheric physics at the University of Oxford, former Director General at the Met Office and founder of the Hadley Centre.

He was a founding member of the International Society for Science and Religion.He became the president of the Victoria Institute in 2005. 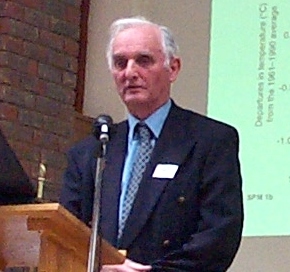 Welsh atmospheric physicist
Back
This content was extracted from Wikipedia and is licensed under the Creative Commons Attribution-ShareAlike 3.0 Unported License