Johnnie Alexander Bassett (October 9, 1935 – August 4, 2012) was a Detroit-based American electric blues guitarist, singer, and songwriter.Working for decades primarily as a session musician, by the 1990s Bassett had his own backing band. 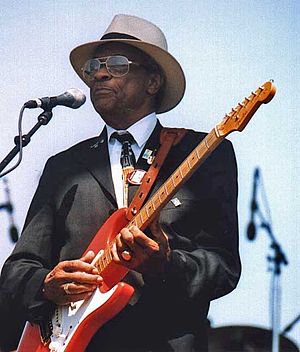 Blues guitarist
Back
This content was extracted from Wikipedia and is licensed under the Creative Commons Attribution-ShareAlike 3.0 Unported License