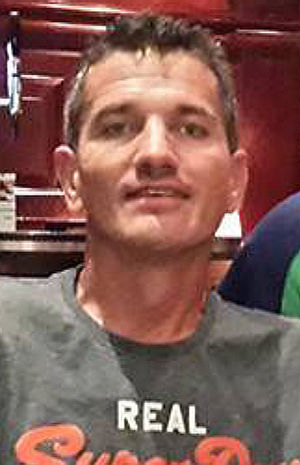 He mostly played as a scrum-half and participated in three Rugby World Cups, most notably in the 1995 tournament, which was won by South Africa.

He is widely regarded by South Africans as the greatest scrumhalf of all time.He captained the national side on ten occasions and was part of the team that won South Africa's first Tri-Nations title in 1998.

Domestically he played for the provincial side the Blue Bulls from 1993 to 2003, with whom he won two domestic Currie Cup trophies in 1998 and 2002, and from 1996 until his retirement in 2003 played Super 12 rugby for Northern Transvaal (later renamed the Bulls).

In 2011, it was announced that van der Westhuizen had motor neurone disease.He eventually became confined to a wheelchair and experienced speech problems, yet still raised awareness of the disease through his charity, the J9 Foundation.

South African rugby union player
Back
This content was extracted from Wikipedia and is licensed under the Creative Commons Attribution-ShareAlike 3.0 Unported License