He served in the Imperial Russian army during World War I.When the Finnish Civil War began, he moved to Finland and was given the job of creating the artillery of general Mannerheim's White Army.

After the war, Nenonen also served as the Minister of Defence between 1923 and 1924.During the Continuation War, he was a part of Mannerheim's inner circle.

He was promoted to the rank of General of the artillery in 1941 and remains the only person to have held the rank.

As Finnish Defence Forces' Inspector of the Artillery, Nenonen played a large role in developing the Finnish artillery's training, equipment, and tactics.

For example, the Fire Correction Circle developed in 1943 proved decisive in the defensive victory in the Battle of Tali-Ihantala in 1944 and was made standard equipment of the Finnish artillery by an order issued by Nenonen in July 1943.

The trajectory calculation formulas he developed are still in use today by all modern artillery.Nenonen received the Mannerheim Cross in 1945.

His medals and personal history are on display in The Artillery Museum of Finland.Nenonen is buried at the Hietaniemi Cemetery. 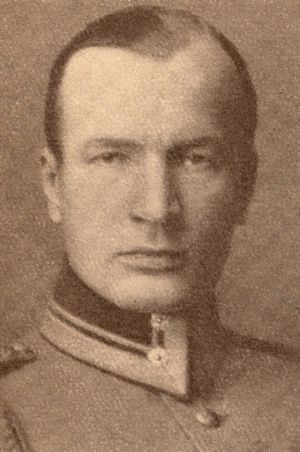