Air Chief Marshal Sir Keith Rodney Park, (15 June 1892 – 6 February 1975) was a New Zealand officer.A First World War flying ace and Second World War Royal Air Force commander, he was in operational command during two of the most significant air battles in the European theatre in the Second World War, helping to win the Battle of Britain and the Battle of Malta.

In Germany, he was supposedly known as "the Defender of London". 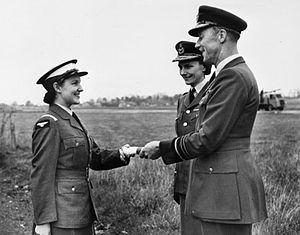 
Royal Air Force air marshals
Back
This content was extracted from Wikipedia and is licensed under the Creative Commons Attribution-ShareAlike 3.0 Unported License