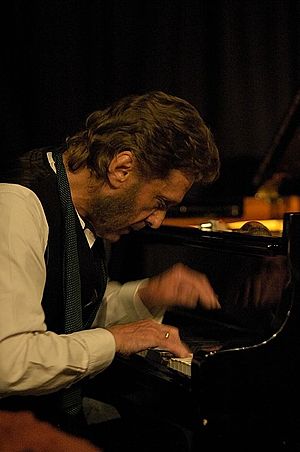 He held " an unparalleled place in British contemporary music," and was known for "his unique approach to improvisation".Tippett appeared and recorded in many settings, including a duet with Stan Tracey, duets with his wife Julie Tippetts (née Driscoll), solo performances, and as a bandleader.

Jazz Pianist
Back
This content was extracted from Wikipedia and is licensed under the Creative Commons Attribution-ShareAlike 3.0 Unported License