Kaarlo Lauri Torvald Malmberg (May 8, 1888 in Helsinki – March 14, 1948 in Helsinki) was a Finnish lieutenant general and son of Emil and Aino Malmberg.

He also served as the Minister of Defence from 1924 to 1925.At the time there was a power struggle between German-trained and Russian-trained officers in the Defence Forces.

His mother was Aino Malmberg and brother . 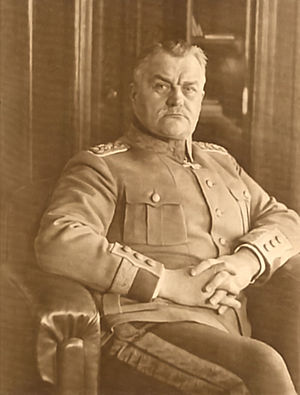