Llewellyn E. "Tommy" Thompson Jr. (August 24, 1904 – February 6, 1972) was a United States diplomat.He served in Sri Lanka, Austria, and, for a lengthy period, in the Soviet Union where his tenure saw some of the most significant events of the Cold War.

He was a key advisor to President John F.Kennedy during the Cuban Missile Crisis.A 2019 assessment described him as " arguably the most influential figure who ever advised U.S. presidents about policy toward the Soviet Union during the Cold War." 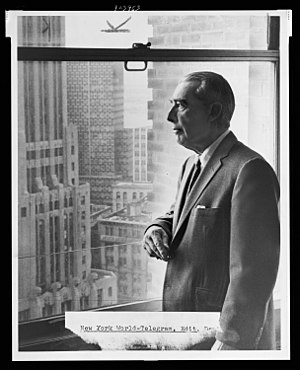