She was known as "the first lady of racing." She went as a spectator to her first NASCAR race at the Daytona Beach Road Course in 1949.

She could not stand watching the races, so she entered her family's shiny new Ford coupe in the race and rolled it.

Her hometown Greenville, South Carolina paper featured photos of the wreck, and the town knew about it before she got home.

The race was the first race to feature three female drivers (Ethel Mobley and Sara Christian).The trio also competed later that season at the Langley Speedway.

She raced from 1949 to 1956.She won 38 races in her career in numerous formats: late models, modifieds (28 victories), midgets, and sportsman. 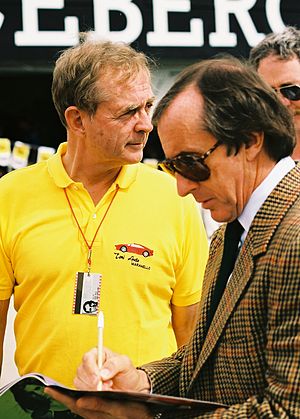 American racing driver
Back
This content was extracted from Wikipedia and is licensed under the Creative Commons Attribution-ShareAlike 3.0 Unported License