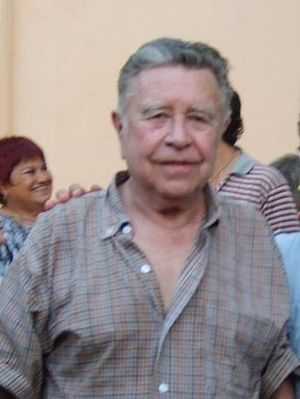 Manuel Felguérez Barra (born December 12, 1928) is a prominent abstract artist of Mexico, part of the Generación de la Ruptura which broke with the muralist movement of Diego Rivera and others in the mid 20th century.

Felguérez was born in Zacatecas in 1928, but political instability caused his family to lose their land there and move to Mexico City.

In 1947, he had the chance to travel to Europe and impressed with the art there, decided to dedicate himself to the vocation.

Unhappy with the education at the Academy of San Carlos in Mexico, he did most of his studies in France, where he specialized in abstract art, something that was not accepted in Mexico at the time.

His exhibitions were initially limited to galleries and the production of “sculpted murals” using materials such as scrap metals, stones and sand.

As attitudes in Mexico changed towards art, Felguérez found acceptance for his work and remains active at over eighty years of age. 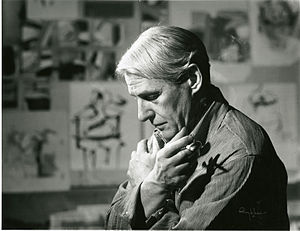 Abstract Artist
Back
This content was extracted from Wikipedia and is licensed under the Creative Commons Attribution-ShareAlike 3.0 Unported License