She was one of the three major American child stars of the Hollywood silent film era along with Jackie Coogan and Diana Serra Cary.

As an adult, from 1934 until 1950, and now billed as Marie Osborne, she continued in film productions, although she appeared only in uncredited roles.

In the 1950s, after retiring from the acting profession, she carved out a second career as a costume designer for Hollywood film. 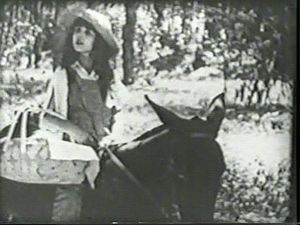 Canadian silent film actress
Back
This content was extracted from Wikipedia and is licensed under the Creative Commons Attribution-ShareAlike 3.0 Unported License