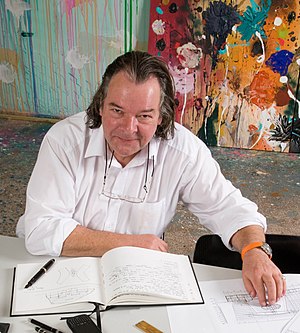 Bobly, (12 December 1947 – 12 May 2018) was a British architect and Professor of Architecture at University for the Creative Arts's Canterbury School of Architecture.

He was responsible for several distinctive and controversial modernist buildings which are usually distinguished by their use of bright colours and unusual avant-garde forms.

In 2000, Alsop won the Stirling Prize, the most prestigious architecture award in the United Kingdom, for the Peckham Library in London.