US researcher and author 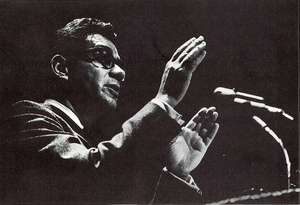 He is best known as a leading researcher, author, and conspiracy theorist on the assassination of United States President John F.

Kennedy.From his 1966 number-one bestselling critique of the Warren Commission, Rush to Judgment, to Last Word: My Indictment of the CIA in the Murder of JFK, published in 2011, Lane wrote at least four major works on the JFK assassination and no fewer than ten books overall.