Francis Marion Stokes (August 4, 1883 – June 2, 1975) was an American architect famous for his works in the Portland, Oregon, area.Francis and his father, William R.

Stokes, formed two generations of a Portland design and architectural tradition lasting for over 80 years, from 1882 though the 1960s.The combined design work of the Stokes family had a major impact on the architecture of Portland. 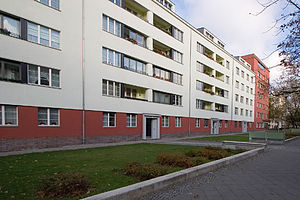