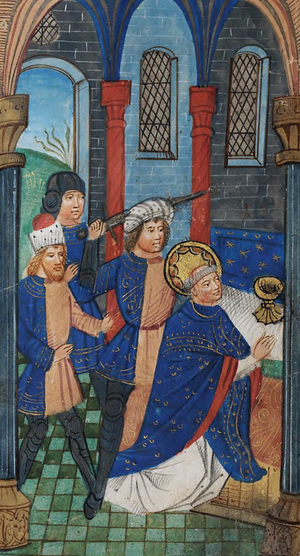 He is venerated as a saint and martyr by both the Catholic Church and the Anglican Communion.He engaged in conflict with Henry II, King of England, over the rights and privileges of the Church and was murdered by followers of the king in Canterbury Cathedral.

Soon after his death, he was canonised by Pope Alexander III.