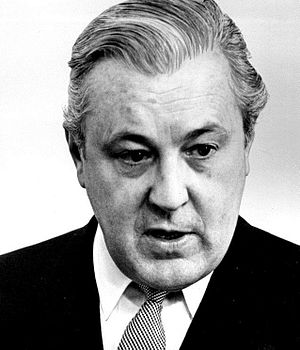 Melvin Mouron Belli (July 29, 1907 – July 9, 1996) was a prominent United States lawyer, author, and actor known as "The King of Torts" and by insurance companies as "Melvin Bellicose".

During his legal career, he won over $600 million in damages for his clients.He was also the attorney for Jack Ruby, who shot Lee Harvey Oswald for the assassination of President John F.

American lawyer
Back
This content was extracted from Wikipedia and is licensed under the Creative Commons Attribution-ShareAlike 3.0 Unported License