Michael George Smith (6 December 1943 – 28 February 2008) was an English singer, songwriter and music producer.In the 1960s, Smith was the lead vocalist and keyboard player for the Dave Clark Five.

The band was a leading unit in the British Invasion of the United States, and were the Beatles' main British rivals before the emergence of the Rolling Stones. 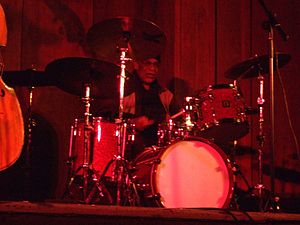