He was particularly noted for playing in the unusual time signatures employed by that group in such pieces as "Take Five" and "Blue Rondo à la Turk".

Popular for its work on college campuses during the 1950s, Brubeck's group reached new heights with Morello.In June 1959, Morello participated in a recording session with the quartet—completed by the alto saxophonist Paul Desmond and the bassist Eugene Wright—that yielded "Kathy's Waltz" and "Three to Get Ready", both of which intermingled 3/4 and 4/4 time signatures. 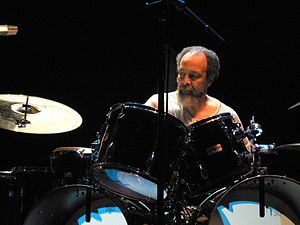 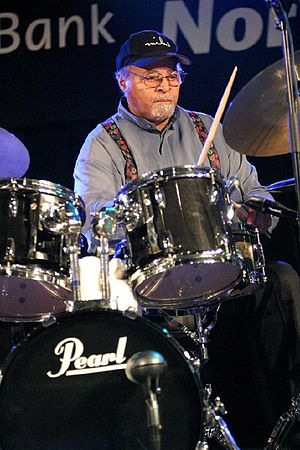 American jazz drummer
Back
This content was extracted from Wikipedia and is licensed under the Creative Commons Attribution-ShareAlike 3.0 Unported License