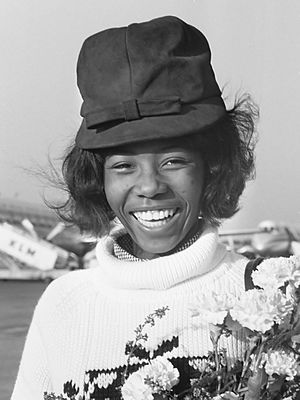 Millicent Dolly May Small CD (6 October 1947 – 5 May 2020) was a Jamaican singer and songwriter, best known for her 1964 recording of "My Boy Lollipop", which reached number two in both the UK Singles Chart and the US Billboard Hot 100.

On her UK records, she was usually credited mononymously as Millie.She was the Caribbean's first international recording star, and its most successful female performer. Singer and songwriter
Back
This content was extracted from Wikipedia and is licensed under the Creative Commons Attribution-ShareAlike 3.0 Unported License