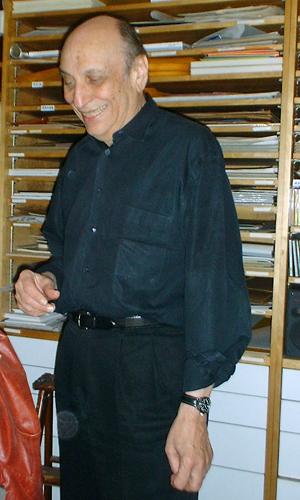 His artwork has been featured in exhibits, and placed in permanent collections in many museums worldwide.Throughout his long career, he designed many posters, publications and architectural designs.

He received many awards for his work, including the National Medal of the Arts award from President Barack Obama in 2009, and was the first graphic designer to receive this award.

Graphic designer
Back
This content was extracted from Wikipedia and is licensed under the Creative Commons Attribution-ShareAlike 3.0 Unported License